Liverpool star and Senegalese professional footballer, Sadio Mané has won the 2019 African Footballer of The Year.

This is something big for Sadio as he is winning this award for the first time since he started playing professional football.

The 2019 football season proved to be good for Sadio as he was featured in 63 games, scored 35 goals, made 11 assists and won 3 trophies to his credit.

To clinch this award, he beats Mohammed Salah, who is also a Liverpool player and Riyad Mahrez of Manchester City at the 2019 CAF Awards ceremony held in Hurghada, Egypt on Tuesday.

Prior to winning the award tonight, Mane was a finalist in the previous three editions of the CAF Player of the Year – 2016 where he was third, 2017 and 2018.

During the 2019 AFCON tournament, Saido was Senegal’s main man where he led Senegal to the Africa Cup of Nations final.

Saido was also in the top five for the Ballon d’Or, a crown he lost to Lionel Messi of Argentina.

He is the second Senegalese to win the award after El Hadji Diouf, who was the winner in 2001 and 2002.

The African Player of the Year for

What an achievement for the Senegalese winger! 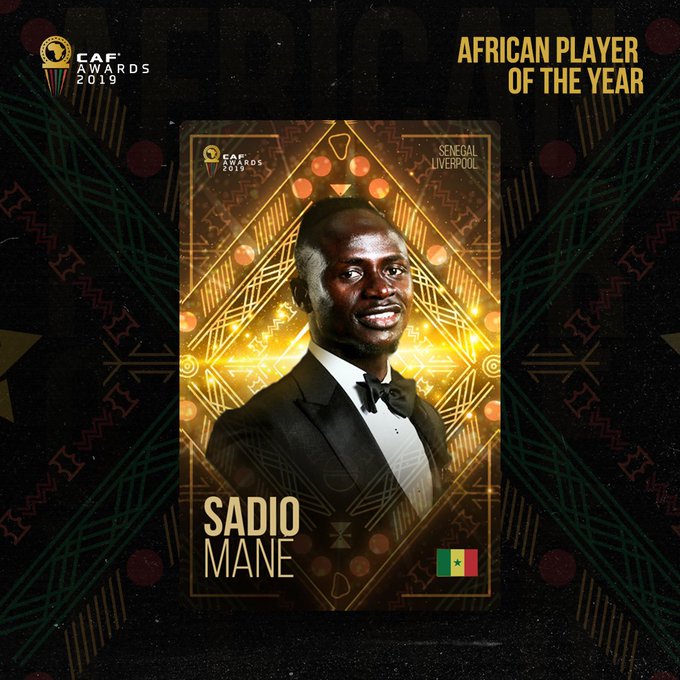 Title, not invincible tag, the most important goal for Salah

Another building collapses in Lagos

Malami has no power to proscribe Amotekun: Falana

Finally, Ihedioha breaks silence on S’ Court judgement that removed him from power